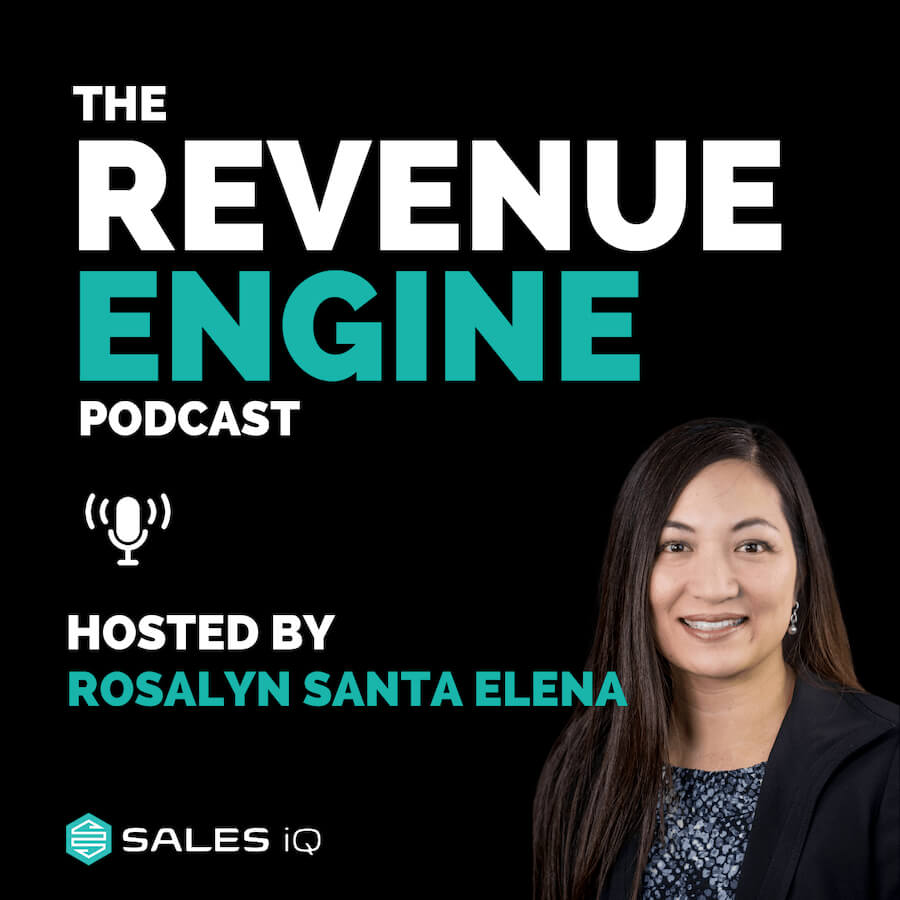 Each week, Revenue Operations expert Rosalyn Santa Elena shines the spotlight on founders, CEOs, and Revenue Leaders from hyper-growth companies and dives deep into the strategies they implement to drive growth and share their learnings. Rosalyn brings you inspirational stories from revenue generators, innovators and disruptors, as well as Revenue Leaders in sales, marketing, and operations.

Recently Rosalyn celebrated her 26th mothers day of being a mother and 21 years of being a people leader. During this episode Rosalyn discusses her shared perspective that can be applied to both areas of life.

These lessons are simple lessons that can help any parent or leader.

Thanks to Sales IQ Global https://www.salesiqglobal.com/ for powering the Revenue Engine Podcast.

This episode has no listed guests.

Welcome to the revenue engine podcast. I'm your host, Rosalyn Santa Elena. And I am thrilled to bring you the most inspirational stories from revenue, generators, innovators, and disruptors revenue leaders in sales, in marketing. And of course in operations. Together, we will unpack everything that optimizes and powers the revenue engine.

Are you ready? Let's get to it. In 2021, I celebrated my 26th mother's day in 26 years of being a mother and 21 years of being a people leader. I've learned that there are many similarities in how you parent and how you lead a team. There are some shared perspectives that can really be applied to both I've compiled 20 lessons that I've learned, and I wanted to share them here.

So here are 20 lessons for parents and leaders. Number one, recognize that each individual is different, what they value, how they succeed. And how they want to be treated, coached and taught is different. Therefore, always customize your approach to be the most beneficial and most effective to that individual.

One size does not fit all lesson number two, don't try to make all the decisions for them. Your job as a parent and as a leader is to give them the knowledge, tools, and resources. With a safety net to make good decisions on their own. As you know, you can't be there all the time and you shouldn't be so make sure to empower them to make the best decisions when you're not around.

Number three, we recognize and praise and public teach and coach in private. This is an easy one and pretty self-explanatory lesson number four. Set and communicate expectations for my children. Examples of this are after this video, we're going to get ready for bed, or once you finish your breakfast, we'll get our shoes on for school.

Now for my team, some examples are by next Monday, let's have a draft of the plan for you. Or maybe it's for our one-on-one. Please bring your top five ideas for how to tackle X number five over communicate multiple ways, multiple times. You know how you hear that supposed to say something three times in three different ways before the message is actually received well.

And use different ways of communication. Right? Mix it up. Say it, follow it up with an email. Check in with a text or a chat. Yeah. Six. When it comes to the tough discussions, just take a deep breath and face them head on, be honest, but do it with kindness. It's always better to have these conversations sooner than later.

And number seven, let them know that you don't have all of the answers, but you will always be there to figure things out together. I think showing vulnerability is a big win from a parent and a leader perspective, sharing that you don't know everything. But that Hey, you're supportive and you're willing to learn together is so important to building trust.

Lesson number eight, take time to explain the why understanding the why can make all the difference. Oftentimes, when we ask for something, the natural reaction is to push. Right. Be resistant or get defensive, therefore taking the extra time to really explain why something is needed or why something has to be done is really important and goes a long way.

Lesson number nine, lead by example. So show tasks. Show and tell again, that old adage of actions speak louder than words still holds true lesson number 10, prioritize the big rocks first and let all the smaller pebbles fit in when and if they can. This one is so important, especially when there just seems to never be enough hours in the day or days in the week.

Lesson number 11, avoid overusing the word. No, instead say yes if or yes. When in fact just don't even say it. Right. In fact, you really try to avoid saying things in the negative, you know, instead of don't jump on the couch or we can't implement that this week. And instead try saying them in the positive, right.

Let's sit on the couch. Let's jump here on the floor. So you're safe. Or we can implement that by the end of the month or the end of the quarter. Number 12, be honest, be transparent. And be authentic. It's the only way that you'll get the same in return since 13, when it comes to rules or policies less is more so keep things simple.

Don't over-complicate things. When my kids were growing up, I gave them two rules. And now, you know, 20 plus years later, if you ask them, well, what are those rules? They'll know, there's two rules. And then there's. One thing that they're really responsible for? Well, two things that they're responsible for, but really keep those simple and same thing with policies right.

Less is more, keep things simple. Don't overcomplicate things less than 14. Pick your battles, right? Know when it's worth it. And when it's. And the supply is again, both in parenting and in leadership, less than 15, always look for ways to do things more efficiently and more effectively. This especially is true in the operations world at work, no matter how well things are running, they can always be improved lesson 16 when coaching or teaching.

Learn from your mistake and move on. Don't beat yourself up about it. And less than 20, just always do your best and with the best intentions. And if you do that, no one can fault you for it.

A Steering Wheel for the CRO to Drive the Revenue Engine with Hayes Davis, CEO and Co-Founder at Gradient Works
42 MINUTES
•
January 14, 2022

Challenging the Status Quo with Nelson Gilliat, the Creator of the Buyer Centric Revenue Model
48
•
December 17, 2021